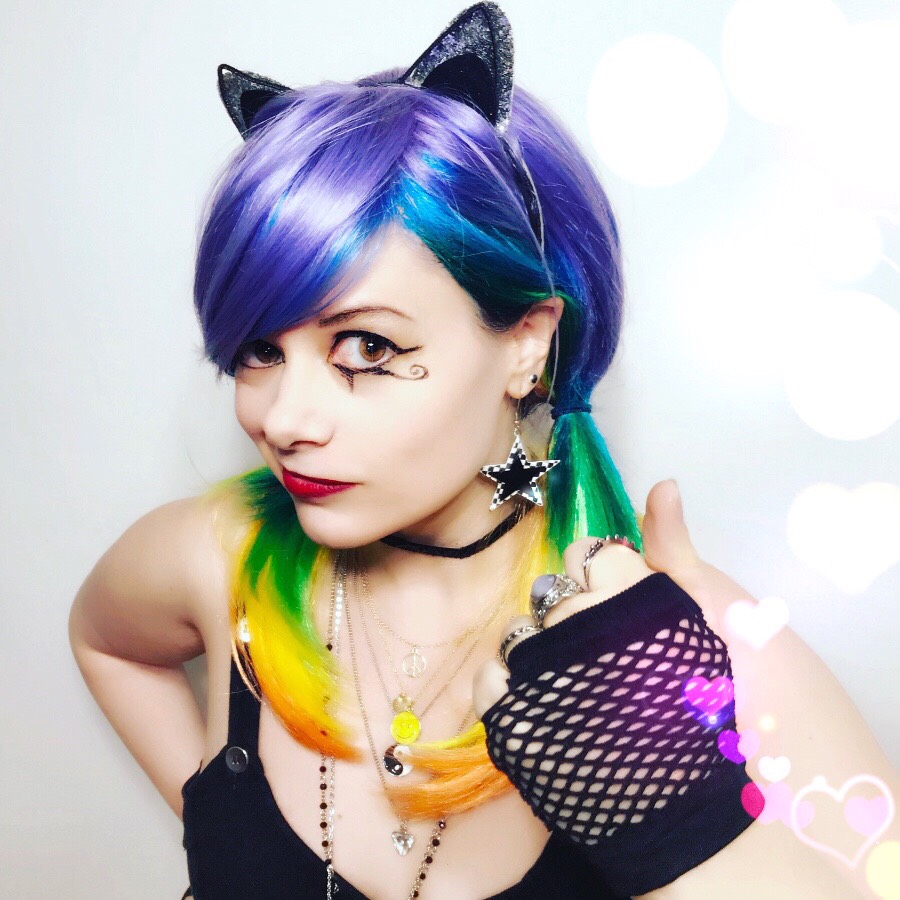 The 30th annual International Winnipeg Fringe Theatre Festival will be starting in approximately 4 weeks, and I’m pleased to announce that I will be participating in this festival with a brand-shiny-new show!

My new show is titled (MINI) DEMON OF DEATH and here’s the description I wrote up to be included in the Winnipeg Fringe Festival program guide:

From the creator of unADULTeRATED me:

Saucy, seductive, and bitterly sweet, 5-foot Death comes to Life and gets in your face in this all new, interactive, genre-defying show.

I will share more about this new work in a future blog post, but before I do, I wanted to take a little time to share my Fringe journey and how I got to performing at the Fringe.

The Winnipeg Fringe has been part of my life for quite some time now. My very first performance ever at the Winnipeg Fringe took place in July 2001. I was cast in a University of Winnipeg production of Bertolt Brecht’s Fear and Misery of the Third Reich. It was my first time performing publicly since high school and I was so excited and proud to be part of that amazing production.

Jumping ahead just two years in time to July 2003, I performed my very own first solo production and creation, Hate Your Job? Quit! (with the alternate title of Eve Rae Mann and The Pursuit of Happiness). My very first ever review garnered 3.5 Stars and a very encouraging and promising review from CBC/Pauline Broderick.

And, I suppose, the rest is history…  Not only would I create and perform another solo show at the Winnipeg Fringe in the following year in 2004 (Belle’s Boudoir — 4 Stars in the Winnipeg Free Press), but as luck would have it, I was fortunate enough to land a coveted spot in CAFF Touring Lottery for 2005! That year, I toured a revised version of Hate Your Job? Quit! called, S.M.I.L.E. while you D.I.E. (it was a clever acronym revealed in the play), which I performed in seven major cities across Canada: Montreal, Ottawa, Toronto, Winnipeg, Edmonton, Victoria, and Vancouver. That tour gave rise to more encouraging 4-star reviews under my belt, in addition to giving me my first taste of a full-house standing ovation. (I was elated!)

Knowing that my work can inspire and touch people to such a degree that they’re moved to stand up and enthusiastically applaud at the end up a performance is something I hold very dear to my heart. Granted, that can be a nice boost to the ego, but that’s not what I mean here. Rather, to me, it’s an encouraging, generous, and sometimes even loving gesture that conveys to me that I’ve somehow made a positive contribution to someone else’s experience; and who knows, maybe have even caused someone to veer in a slightly different path that would turn his or her life around for the better in some way — the butterfly effect, in essence.

Although there’s part of me that would like to be immune to audience reaction and reviews (especially if they’re less than kind), I realize that, when it comes down to it, it’s the audience whom I’m actually doing this for — they’re why I get up in front of a room full of people and take huge risks. Not for the hope that they might stand and applaud at the end (although, I must admit, it’s always so wonderfully appreciated if and when that might happen), but for the hope that, maybe, their life was made even an inkling better for having seen me perform in one of my plays. It’s about the hope of making a positive difference in others’ lives.

After the 2005 CAFF tour, I continued to perform in some other Canadian Fringes. In 2006 I performed a new play, Netherwhere : Aetherwhen, in London, Ontario. And then, In 2007, I performed a self-penned solo kids Fringe show for the Saskatoon and Edmonton Fringes.

2008 marked the first time I produced and performed a solo show that was not my own. That year, I performed the role of Steve (or Stevie) in Wild Abandon, a role that was originally written by and for well-known Canadian playwright Daniel MacIvor. I had received special permission to alter the role ever so slightly to perform it as a female, and surprisingly, it worked really well. I performed Wild Abandon at the Winnipeg and Edmonton Fringes that year, and received some positive and encouraging feedback.

After performing in various Fringe Festivals for six years in a row, 2009 would be my first summer off from Fringe since my first my solo-Fringe. I didn’t know it yet, but perhaps I needed that rest for what was to come in 2010 because late in 2009 I was to win another spot in for 2010 CAFF Touring Lottery. I felt tremendously lucky!

Having recently taken a series of clown trainings with prominent Canadian Clown teachers Sue Morrison and John Turner, I was inspired to create a new clown character and a new solo clown show, pushing myself to take huge creative risks and go beyond my comfort zone. So in 2010, Fizzy Tiff was born in unADULTeRATED me.

In unADULTeRATED me, as Fizzy Tiff, I pushed myself to do things I had never done before, such as involving audience members in the play — and in a huge way, too: I had someone on stage with me for at least half the play — which naturally meant a lot of improvisation. In addition to that, there was feeding my audience volunteer while (s)he was blindfolded, doing a playful clowny lap-dance strip-tease for said volunteer, and singing opera… while naked.

I opted to tour unADULTeRATED me to (only) six cities: Montreal, London, Toronto, Winnipeg, Saskatoon, and Edmonton. The show was still coming together and being re-written while in Montreal, but from the first performance in London, it was a hit and a huge success!

unADULTeRATED me went on to earn a lot of praise and even a few 5-Star reviews (my first), and many, many standing ovations.  So many audiences were moved to both uproarious laughter and vulnerable tears. That play was truly my most memorable and rewarding creation and performance to date.

In 2012 I created a new play with Fizzy Tiff, a stand-alone sequel of sorts, called unADULTeRATED LOVE. I premiered it in London, testing out a few things with the audience there until I settled on the format for the show. I wasn’t reviewed in London, but I had been getting some very positive feedback and was excited to perform it in Winnipeg, where it got an encouraging standing ovation on opening (even despite some minor technical kinks that interrupted the flow of the initial performance); and that certainly wouldn’t be the last, either!

Following suit after unADULTeRATED me, I wanted to try to take more huge risks in unADULTeRATED LOVE… this time, in the form of having three audience members up on stage with me, playing raunchy games full of sexual innuendo (think “the dating game”), kissing one of my volunteers, and then getting her to help me prepare and rehearse a surprise wedding-night threesome for Fizzy’s husband-to-be. It was a riot, and I can tell the audience had such a fun time. I remember seeing one guy in the audience at least twice, maybe even three times, he loved it so much! (And he was always on the edge of his seat, laughing up a storm!) And since I’d involve audience participation and volunteers, each performance was always a little different.

(MINI) DEMON OF DEATH  is my first show since unADULTeRATED LOVE, so it has a lot of expectations to live up to. I really hope I can live up to them. I’m planning on taking some new big risks involving the entire audience vs just 1-3 audience volunteers, and I’m really excited to see how that will work and what the end result will be like.

Ultimately, I won’t know until I’m up there, playing with my audience. But my hope and goal is that it’s going to be magical.  <3