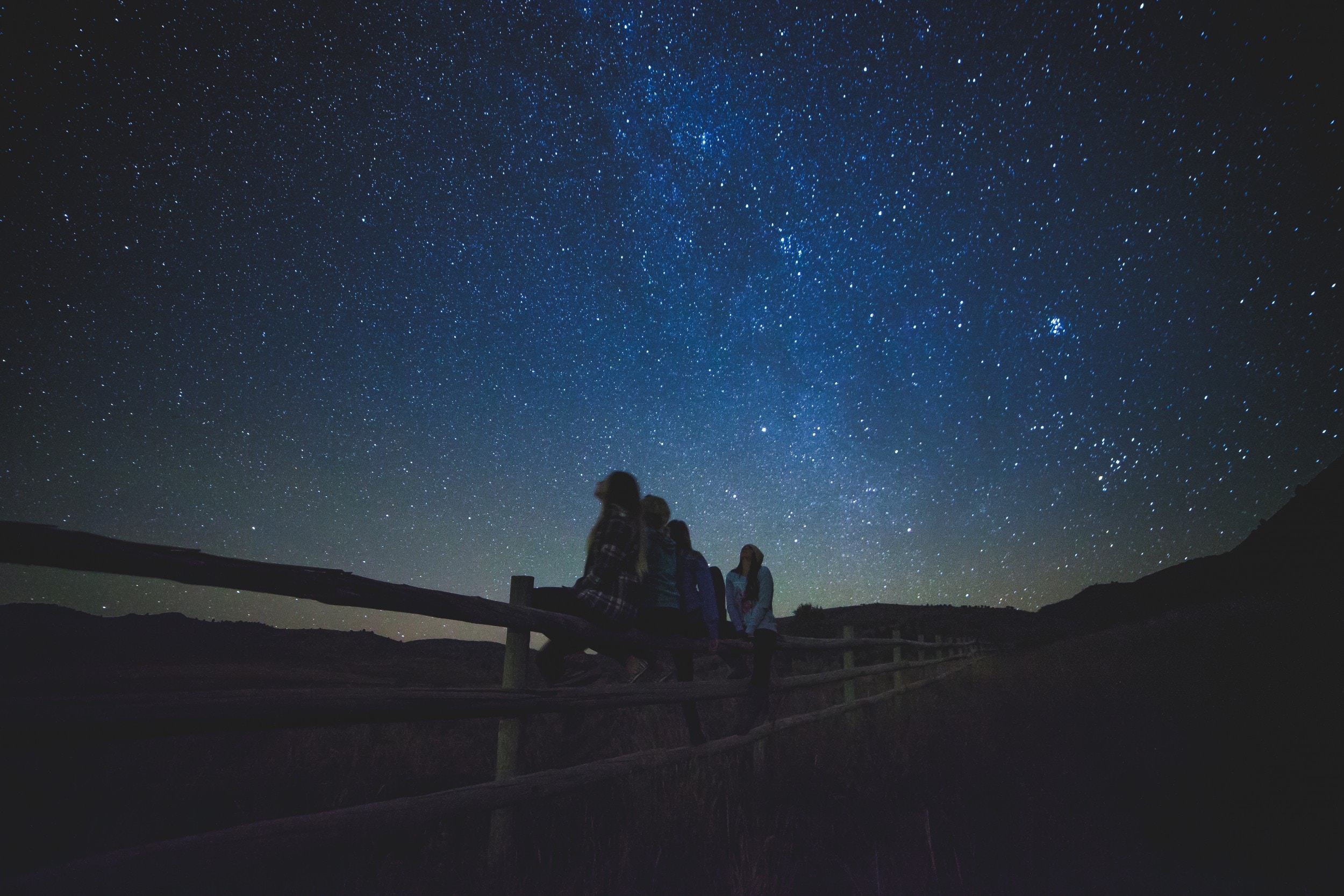 The Perpetual Pursuit of Purpose and Meaning of Life, the Universe, and Everything… [Photo by Greg Rakozy]

I know, I know… I’m sorry I’ve neglected this blog so much. I honestly would like to write more, but obviously I simply haven’t been making it a priority.

I’ve mostly been pretty busy these days helping Steve with his/our business. There’s been tons of work to do preparing bonus material for the new products that were launched last year – some of that bonus material is still in the making! Although, thankfully, I just wrapped up one of those projects earlier this week, but there’s still two to three months of work left on the other project. We honestly had no idea how much time and work would’ve been involved in preparing these – much, much more than was initially anticipated, that’s for sure! (Yay for learning experiences! Haha!)

I’m pretty involved in our Conscious Growth Club as well. I fulfill the role of community manager, write and deliver weekly emails, and assist during our weekly coaching calls too. As such, it simply hasn’t been practical for me to pursue delving into writing that screenplay I’ve been talking about forever. But at least some step forward has been taken!

About a month ago, Steve and I went to Los Angeles to attend a four-day seminar on Story with a special focus on Action taught by Robert McKee. Each day was quite long, starting at 9am and ending at 7:30pm with only an hour for lunch. We both quite enjoyed the seminar and got a lot out of it. I’ll definitely integrate what I learned from the seminar into the story that’s been living in my head for the past while (i.e the story I’ve been wanting to turn into a screenplay, although I’ve toyed with the idea of turning into some other format as well, like a play or a novel). It’s really only a matter of carving out time to work on it, but I don’t anticipate that happening until August at the earliest.

I know a while back I had thoughts of challenging myself to write a screenplay in a very short time period, like a week. And heck, I still think that’s doable. But rushing on a project like this no longer feels like the right approach. The energy behind it has shifted, and I need to take that into account. Robert McKee also said that writing a screenplay often takes no less than six months, and often twice as long as that. And since I want to write it well (really well), I think it makes sense to work on it when I have ample time to devote my energy into it. I can tell that time will finally be here soon enough. (3+ months seem to flow by so incredibly fast, it’s ridiculous!)

Also, as of last night, the official launch of Conscious Growth Club is currently underway! Steve and I have been working on this for the past two+ years – and we’re finally, finally, birthing it into the world. The sign-up window to join for this year will only be open through May 1st. We have no idea what to expect in terms of sign-ups, but we hope it goes well! It’s really a great little community that we’ve helped to foster and there’s so much potential for even more growth, exploration, friendship, and fun. I’m honored to be a part of it and excited to be sharing it with the world. Wanna join? 😉

I’ll make a conscious effort to post more often here on ye ol’ blog going forward. I suppose I don’t have to limit myself to any topic in particular, seeing as my uniting theme of creativity can be truly limitless – especially if you see the conscious living of one’s life as a creative endeavor in and of itself. Perhaps I could aim for writing a new post once a month, minimum? Although once a week would be kick-ass! …Hmmm. We shall see, we shall see.

In case you missed it above, here’s a link to learn more about Conscious Growth Club if you’re curious about it! Steve also just published a blog post about it, too.

If you join, we can take on monthly challenges together, communicate in the forums, participate in the coaching calls (there’ll be three each month!), examine the bigger picture of your life and goals and tackle ’em head-on via quarterly planning sessions, plus so much more!

Our first monthly group challenge for May 2019 is going to be an exercise challenge, which I’ll certainly be participating in as well. We’ll be hosting future creative challenges too! Our future deep dives coming up over the next 12 months will definitely involve an undeniably creative component to them, so if you’re creatively inclined then that should surely resonate with you. Some members have even spun up Mastermind groups and mini online clubs within Conscious Growth Club. There are even weekly scheduled social gatherings online via our virtual water cooler / café / campfire! It’s definitely an awesome community. Join us! 🙂