So… it’s been a while since I last made an update. (Oops.)
A lot has happened in the past 7 months!

First off, the big, main thing that happened is… Steve and I got married!!!! 😀
We married in early April. <3

It was a pretty last minute decision. I was nearing the end up my allowed visit to the US and would have had to leave no later than April 9th. I hadn’t intended on using up my 6-month allotment all in one continual visit, but neither of us wanted me to go away again. In the past, we had talked on and off about the idea of someday marrying, but usually Steve would waffle on the idea and ultimately decide that, no, he didn’t want to marry; and so we would by default continue our long distance relationship with me going back and forth, or with us meeting up in either Canada or other countries. And this would go on for years…!

I thought this same pattern was to be repeated yet again… but then Steve had a shift in his attitude towards the idea of remarrying. He definitely didn’t want me going away again and wanted me to stay. And the feeling was mutual! But the only way it would be possible for me to stay long term would be if we were to get married. Since there was no doubt that he wanted to continue to be together (for potentially the rest our lives), we decided to get hitched!

We had a very simple ceremony. It was just us two, the officiant, and a friend to act as our witness. We both dressed nicely, picked out some simple but nice (and matching) wedding bands, and exchanged rings and vows. Admittedly, I got teary saying my vows. (What can I say, I can be quite the sap at times. 😉 ) It was a happy day. Afterwards, we went out for a simple meal at a nearby vegan restaurant.

Here’s a picture of us on our wedding day. 🙂 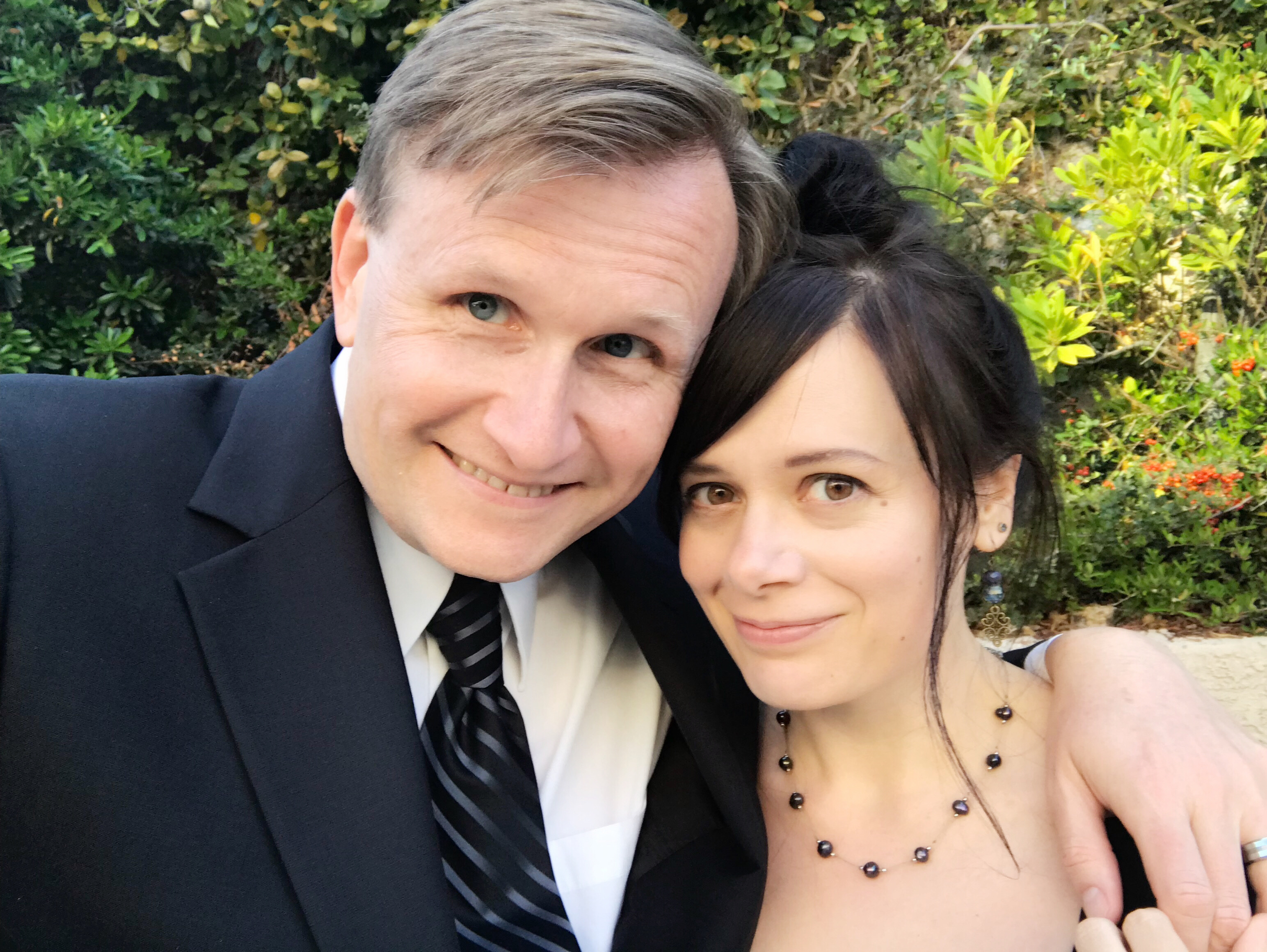 So… what have I / we been up to for the last 5 months? I feel like I’ve been really busy, even though I don’t have a “job”! At least not officially, although I have been helping Steve out a fair bit with his website and business!

It took a long time, but with the help of a designer we were able to create a new logo for our online Conscious Growth Club! I also help moderate our CGC forums and assist with our coaching calls.

Steve and I have taken some small trips as well. We’ve been to Disneyland a couple times (we have annual passes, so we kinda go there a fair bit since it’s only about a four hour drive from Vegas); we’ve been to Park City and Durango (Steve attended mastermind meetings there, and I came along for socialization and fun that takes place outside the meetings); and I helped out with a LOT of ebook editing and assisting with daily videos for the Deep Abundance Integration program that Steve created just last month. (DAI is going to create a lot of work for me over the next several months as I create all of the content from the videos and put it into ebook form.)

I also did a fun challenge/deep dive of my own, where I recorded and published a video to YouTube every day in the month of June. (If you’re interested, you can check that out here.)

Aaaaand… the newest piece of news is that Steve and I had my immigration interview just earlier this week! Steve and I, not to mention the immigration interviewer as well, were rather surprised that we landed our interview so “soon” after submitting our immigration papers after getting married. I believe 5-ish months used to be considered normal timeframe, but for the current US governmental administration, what used to be standard wait times are now often tripled (and sometimes even more than that)! We were expecting to get our interview within 11-17 months or longer, according to the current listed processing times. (Some centers even have processing times close to 2 years!) So to have our interview now over and done with is quite serendipitous!

I was a bit nervous for the interview, even though logically I know I had no reason to be. The immigration officer who conducted the interview was very friendly, and we didn’t encounter any difficulties. He congratulated us and said I should expect to receive my green card sometime in the next 30 days. So YAY!!!

Steve and I have been longing to do some international travel, but haven’t been able to due to my lack of a travel permit or green card. I haven’t even been able to visit Canada! But once I get my green card, we’ll be able to travel together outside of the US once again. I’m really looking forward to that. I miss Europe, and I’d love to visit new places too, like Australia, Asia, South America, etc.

So… that’s my update!

I’ve procrastinated big time on writing a screenplay. I definitely still want to do that, and I’d still like to try doing that screenplay writing challenge I mentioned in a previous blog post, too! With the ebook editing (i.e. video to ebook conversion) project on my plate, plus planned travel in November (and then the subsequent holidays), I’m not sure when I’ll get a chance to squeeze in that screenplay. BUT, I do know that I’d like to get on sometime soon. Although, time is relative, I suppose.