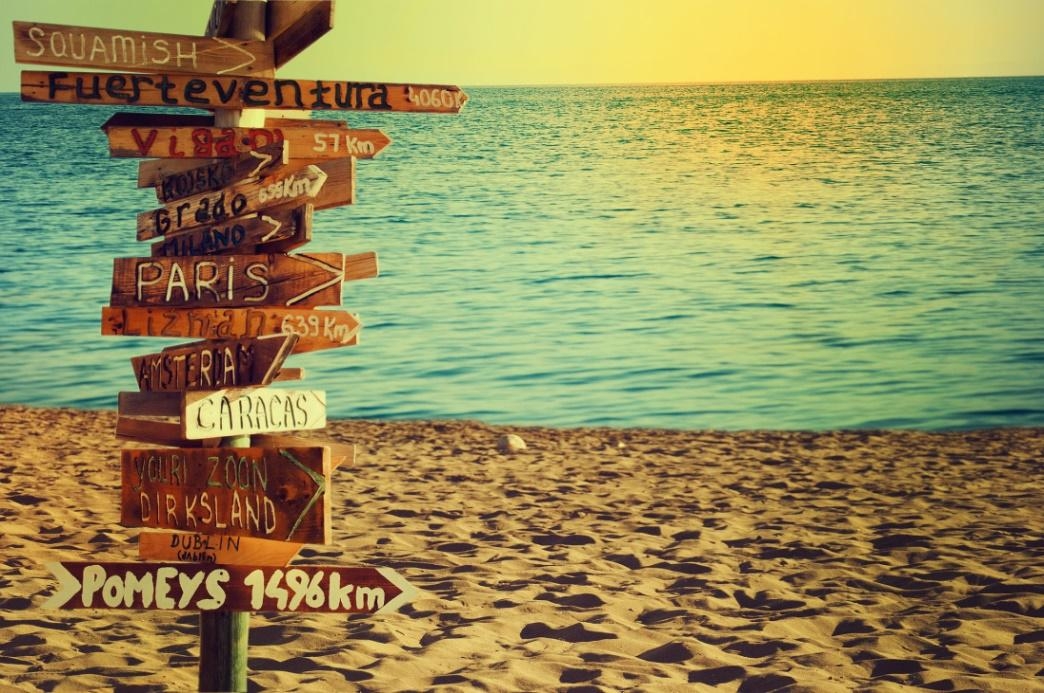 Are We Inherently Worthy?

I’ve been traveling quite a lot these past few years of my life.

Granted, it’s not that much compared to some people I know, but given where I’d been about three and a half years prior vs where I’ve been so far, it’s quite a lot.

Previous to 2013, my world travel had only been confined to my home country of Canada, the United States, and a single trip to Paris, France.

In 2013 I was able to add Germany, Netherlands and the UK to my list.

And then in 2015 I added Switzerland and Spain (as well as more visits to Germany, Netherlands, and France).

In 2016 I’ve added Mexico, Costa Rica, and Italy to my list of countries visited (in addition to revisiting the UK and Netherlands yet again).

I love travel and consider myself to be somewhat of a nomad. Although Canada may be my home country — a beautiful nation with beautiful people that I love dearly — I prefer to consider this planet Earth at large to be my home.

I am a citizen of the Earth.

I am a citizen of the Solar System.

I am a citizen of The Milky Way galaxy.

I am a citizen of the Cosmos.

…We all are.
(At least at this point in history prior to off-world colonization. ;))

When you look at life from this perspective, it becomes rather clear how connected we all are. We’re all of this Earth. We all have the same home.

Everything we’ve ever seen or ever will see… everything that’s ever been or ever will be… is all from the same source — that moment of creation which led to the formation of our universe, galaxy, star, planet, and civilization.

I titled this blog post “You’re Always Traveling, Even When You Aren’t”, because I think it’s true and important to remember.

Although it’s true that we are always traveling in the sense that the Earth is constantly spinning on its axis, that’s not what I meant.

We are beings that exist in three-dimensional space traveling forward through the arrow of time.

Even though this consistent and persistent travel may seem like an illusion, I suppose that’s one way to remind ourselves that time — although seemingly very real — is also illusory.

Time is entirely relative; it wouldn’t exist without matter, or gravity, or…  consciousness? Similar to the koan, “If a tree falls in a forest and no one is around to hear it, does it make a sound?”, perhaps we might ask a similar question: “If nothing or no one exists, does time continue to tick?”

Although I’ve been traveling distances on Earth and traveling forward through years in time, in many ways I’ve been very stagnant. It’s true I’ve been to some cool places and seen a lot of cool things; I’ve read a lot of books recently, too… completed some challenges and trials, etc. But in terms of being an accomplished traveler through time’s arrow towards lofty grand goals, I feel like a failure. …Aside from my memories, and perhaps some ephemeral interactions, I haven’t really created anything of discernible value in the past two+ years.

This line of thinking brings me to examine the nature of value and success (or failure) and worth. Am I only valuable if I produce or create something? Do I have an inherent worth?? Or do I need to consciously create something tangible in order to have any value and worth to others and society at large?

Perhaps both views are true. I think it’s true that all of us have inherent worth. I believe that everything exists to observe, record, and take part in this grand space-time experience which we call life and consciousness, and that in and of itself has tremendous worth no matter the specific details of one’s experience.

On the other hand, from the perspectives of human-civilization, economy, history, art, science, and everything else related to human culture and existence… Do I have an inherent worth? As much as I may fret to believe it, I think the answer from this perspective is “No”. The role of mere consumer aside, I’d need to be contributing to any of the above aspects of human culture in order to confidently be deemed as having any value or worth in these areas.

Sure, I may provide some small level of value to our collective culture via this blog or the occasional Tweet or Instagram post. But the problem with such forms of contribution is that I don’t currently have any way of measuring such possible perceived value.

In today’s world economy, value is generally measured by the exchange of funds. That said, I do not generate any revenue from this website. Over my blog’s entire existence, I had received a grand total of $100 (Canadian) from Google AdSense; however, after seeing an ad for Russain Brides show up on my site one day (…seriously, WTF?), I decided to do away with the ads.

Additionally, I have never once received a single donation for my blog content.

What this tells me is that perhaps I’m not contributing anything of real value. Sure, I could simply blog a lot more (I know I’ve been slacking off in that area for the past few months), and I could try to monetize my site somehow; but to be inspired to do so, it would definitely be nice to know if anyone actually deems any of the things that I write to be useful, helpful, and perceived to have any value or worth. (…Anyone?)

I definitely aspire to contribute a lot to this world. The desire to make a big difference has always been with me for as long as I can remember. The problem is I often get too hung up on the “how” and the “what”… likely because I also wrap my ego, sense of self, and sense of worth into the perceived value of whatever I may put out there.

Well, this post is a start. It’s something. Something has more value than nothing. 😉

I’ve been percolating some ideas, too. I have a neat book idea I’d like to develop… perhaps even more than one book! We shall see… I want to take some more time to develop the ideas.

But in the mean time, I would like to create some kind of income stream online… possibly via my blog.

If you’re reading this and you have some unfulfilled issues or problems in your life in the realms of personal development and/or creativity, I invite you to please share in the comments. Perhaps I can offer some insight or service… or perhaps I will be inspired to create something to help with your issue or problem.

Perhaps together we can plot a course for our desired destination as we travel forward through the tunnel of time.  …Deal? 😉

“There is a vitality, a life force, an energy, a quickening that is translated through you into action, and because there is only one of you in all time, this expression is unique. And if you block it, it will never exist through any other medium and will be lost.”
― Martha Graham