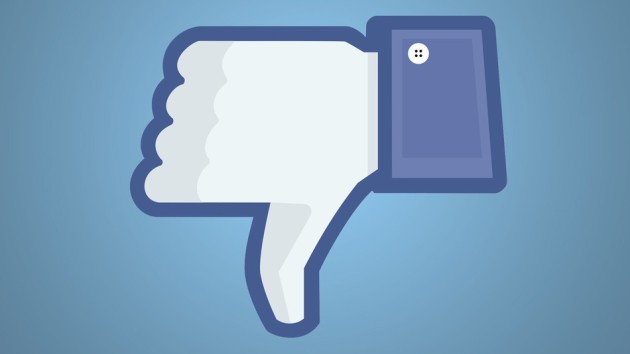 Recently, Steve decided to dump all social media services. Before he did so, the discussions we shared about the possibility of deleting one’s Facebook account resonated with me quite deeply, and I cannot deny that I share a similar desire to dump Facebook (and other forms of social media) as well.

I realize that deactivating my account is not the same as deleting it completely. Ideally, I’d like to close my account all together. I have a few conversations that are still going on on there that I haven’t finished up, nor have I gone ahead and told people of plans to close my Facebook account. As such, I think I may end up reactivating it sometime during the latter half of this month to inform people of my intention, so that we’ll have an opportunity to trade communication and contact info should we desire to keep in touch outside of Facebook. Also, I may use it a bit to promote my play at the upcoming  Edmonton International Fringe Theatre Festival that I’ll be performing next month. But afterwards? I’m seriously considering nuking it for good.

That said, I do have some qualms about going that route. There’s part of me that fears being left out or being forgotten if I were to completely opt out of Facebook, Twitter, social media and the like. But if my primary reason for remaining in servitude to these various social media platforms was based in fear, then all the better reason to completely release them and let them go.

These past few days or so without Facebook have definitely got the neurons in my brain working a bit differently. It’s kind of disturbingly fascinating how so many people, myself included, have come to draw parallels between their ego and identity and that of their online and social media presence.

Take the summation of all this data, and you are presented with:

Yet, we are so much more than the collection of our likes and dislikes as summated into mere 1s and 0s in some database, which is then represented and perceived by someone’s visual cortex via some digital device’s pixelated display. …Aren’t we?

Recently, I’ve been connecting some dots and have come to realize that the nature of the immediacy of social media has been a huge factor in thwarting my creative impetus for the past half decade or more.

How so? Well, it would seem that my innate desire for creative self-expression can (and has) often be calmed and soothed by simply sharing something on Facebook, Instagram, or Twitter, etc.. Maybe it’s a link to an article that I resonate with, an image that I find to be inspiring, or a status update about my thoughts and feelings.

Obviously, there’s nothing inherently wrong with doing any of these things. After all, passing on an inspiring image via social media might very well help to create positive ripples in the world. Right? …Maybe. But what’s troubling is the fact that doing so — along with other social media inspired actions — has been supplanting my innate desire to create and work on my own creative projects that exist completely outside of the sphere of social media. …Projects that are much, much, much larger and longer in form than what might be conveyed in any simple share, tweet, or status update.

This act of continually streaming one’s status, thoughts, feelings, updates, and so on, in such small yet immediately publishable and sharable outputs — each immediately whole and complete — has the potentially to continually reset one’s creative impulse back to zero, or at least near to it, such that taking on larger creative endeavors (like writing a play or screenplay) feels so vastly and grossly overwhelming in comparison to the exceedingly quick composition and release of a social media update. At least, such is the case for me. And who knows… if you’re a creative or artsy individual who’s been struggling with productivity, procrastination, and creative output, then perhaps such is the case for you, too.

Whether it be by design or happenstance, these social media inspired actions — the immediacy of publishing tiny bursts of easily digestible material, sharing something that one resonates with, posting a status update on thoughts and feelings, etc. — give us a false sense or impression of creative release, productivity, and accomplishment. We might feel like we’ve added to the state of the world, having shared something important, done our part, or whatever.

…But in reality, is the world truly any better off for having shared your two cents in some conversational debate posted on some random Facebook wall?

Having come to the above realization, I’m beginning the process of trying to reclaim my creative impulse / impetus from its grown attachment to social media. It’s almost as if the two had some sort of symbiotic or perhaps even parasitic relationship with each other. But the time to cut their independence upon each other is nigh.

So far, I’ve been finding that cutting myself off from Facebook definitely helps. I suspect that the longer I am disconnected from Facebook, as though I were previously some Borg connected to the greater collective hive mind, the stronger and more resilient my creative impulse will grow. And I suspect that my creative spark will come to crackle and glow into a high-powered lightening bolt should I let go of social media in all its forms.

Without having Facebook and other forms of social media as an easy outlet for creative self-expression, I have no doubt that the force of my creative impulse will soon outgrow the pull of stagnation, procrastination, and the maintenance of the status quo. And given that I haven’t written a new blog entry in over half a year, this blog post itself is proof.

Responding to vs Creating My Reality

Something else I’ve been noticing is how various social media — Facebook and Twitter especially —  seem to produce and strengthen my need or desire to respond to stimuli outside of myself, vs honing in on my individual creative impulses and desires rooted from within in order to deliberately and consciously create my reality.

I believe that a huge component and proponent of procrastination (and why it exists) is based upon this learned need; a need to respond to external stimuli before we allow or give ourselves the time, space, and permission to tune in and respond to our inner impulse to identify and cultivate our own desires.

From a young age, so many of us are trained to believe that living, dreaming, and creating for ourselves is inherently selfish, and therefore should only be followed and fulfilled if and when we’ve met the expectations and needs of forces outside of ourselves:

The problem with simply “checking” social media, however, is that it’s a never-ending task with no concrete end or completion in sight. Because it’s constantly being updated with new tweets, shares, updates, and more, there’s no clear end to the act of checking it, ever. We get sucked into some kind of perpetual self-propagating loop that has no end. And, as a result, we might even end up feeling as though we can’t yet give ourselves our full permission to work on a passion or creative project, because we’re still responding to that trained need to only allow ourselves such a luxury until after we’ve responded to and met all the needs of the others in our lives… even if they might only exist in our lives in some sort of virtual way.

I believe I am on my way to starting my own personal creative revolution. It will bring me back to a time before social media usage; a time similar to when I was a young child or even teenager, ripe with ideas and creativity.

Instead of wasting time in the endless loop of social media (because it didn’t even exist back then), I’d instead read stimulating books — both fiction and non-fiction alike — and  write short stories, paint, draw, learn or compose music, or maybe even make up a play.

This week I started re-reading A Brief History of Time — a book I initially started about 20 years ago, back when I was 14 or 15 years old, but then never finished due to being so busy with school and then later a relationship.

I simply love reading, contemplating, and learning about the nature of reality, the universe and existence itself. I think it must be my most favorite topic in… well… the whole entire universe!

It is my hope that my creative revolution will bring me back into alignment as a thinker and a seeker — one who seeks out creative expression in response to life’s greatest questions: Who am I? Why am I here? What is the meaning and purpose of life?

I’ve been asking myself these questions for a long time, and yet, in the absence of the distraction of Facebook, it seems as though the drive to ponder, address, and live in accordance to seeking answers to such questions feels even stronger and amplified than before. And it’s a wonderful feeling.

But why is this? My theory is that Facebook tends to lull us into some kind of false sense of identity (and perhaps even a false sense of security) in regards to such questions, which ultimately dampens and mutes our natural desire for greater questioning and creative self-expression. And thus, the need for a creative revolution has arisen.

Although the act of writing and publishing a blog post such as this one is relatively immediate in comparison to longer creative works such as writing a book, or a play, or a screenplay, or making a movie, etc., it sure is a hell of a lot longer and requires a lot more commitment than the immediacy of publishing thoughts via a status update on Facebook, or a tweet on Twitter.

I’d like to recommit and reinvest in my creativity. I believe giving up Facebook, and greatly restricting — if not dumping all together — other forms of social media will play a surprisingly large part.

Have you had difficulty committing to your creative endeavors? How much time do you spend on Facebook a day?

Here’s one option to explore without fully deleting your Facebook account: 99 Days of Freedom. I’m thinking of trying it out, to help spread the word and the movement.

Will you join me?