Today marks day 30 of my 30-Day Overcoming Procrastination Challenge. I’m happy to report that I didn’t miss out on any days during this challenge and thus successfully completed this challenge. Woohoo!

As a brief recap, our monthly challenge in CGC for June (2019) was focused on overcoming procrastination. In terms of my specific participation in this challenge, I committed to working on some item from the the long list of items I had been procrastinating on each day in June. Success!

My biggest wins from this challenge have been:

I still have items on my to-do list that I haven’t yet gotten to during this month, but that’s okay. My challenge wasn’t to complete everything on that list, but rather to work on something on that list each day – which I did. Yay!

I’m really glad I participated in this challenge. It helped to foster a sense of accomplishment and positive, forward-motion momentum. And, I’m pleased to say, I’m quite confident that I will continue to work on that list (although perhaps at a slightly more relaxed pace than before). Eventually (and hopefully sooner vs later), everything on that list will get done! 😀

Participating in this challenge also serves as a great reminder to self that says: Yes! I am indeed capable of getting shit done! RAWR!

One thing I’ve noticed, though: Even though I know I’m very capable of committing to challenges and taking action each day, I still have a tendency to put off taking such actions towards the end of the day, or even before bed. This isn’t 100% consistent, mind you. It’s simply a tendency.

For example, today also marks a cool accomplishment: 18 continuous/consecutive months of daily yoga practice – via practicing a Yoga with Adriene YouTube video every single day. Another woohoo! is in order, I believe! (Or, as I have also been known to say: Woot woot! 😉 ) So that’s rad and awesome too, right?

BUT… despite having installed this daily yoga habit, it seems I’ve also installed the tendency of often fitting in my daily yoga video/practice at the end of the day before going to bed. Is that bad?

Mind you, many times I’ve done my daily yoga in the morning. I’ve frequently done it before making dinner, as well. And many, many other times, I’ve done it before bed. (…Which I rather like, actually. I find yoga to be relaxing and it’s a nice way to end my day. )

That aside, I also think it’d be awesome if I actually got in the habit of exercising at the top of my day (or maybe even doing yoga before lunch) instead of fortifying my tendency to get my daily “must-dos” done at the end of the day. Because if I continue the general habit of doing my daily yoga at the end of the day, it also tends to translate to me going to bed later than I’d prefer. (I used to be quite the night owl – and still am to a lesser extent. But I’ve noticed I tend to feel much better rested and energized when I go to sleep earlier, and then get up earlier as a result.)

The issue, I believe, is that I tend to prioritize other actions, such as: work, cleaning/dishes, cooking and meal prep, spending time with Steve (we love doing things together), and sometimes spending too much time getting lost down the rabbit hole of various social media. Why? I don’t know. It doesn’t make sense.

The only answer that I can think of that does make sense is that I almost feel obligated to put work and other chores/tasks first in my day, as if they should be my priority. Work and chores, etc, are almost like assignments of sorts; their handling and completion is expected of me. And so it would make sense that I’d seek to fulfill others’ expectations of me first before tending to my own needs and desire.

When I take a moment to reflect on my prioritization, it really does make a lot of sense to make my own wants and needs – my own health, energy, and happiness – my priority. Because once that’s in place, handling work and other tasks are likely flow with more ease. That makes sense too, doesn’t it?

I’m going to consider doing a challenge where I fit in some daily exercise in the morning each day. It doesn’t have to be yoga specifically. It could be a walk, a short HIIT session on the elliptical, or maybe even some squats or some kind of simple strength training. I think that’d be an excellent habit to get into.

I’m not entirely sure if I want to commit a morning-exercise challenge for July, however, as I’ll be traveling and vacationing for close to half the month. And I really like the idea of relaxing and taking it easy in the mornings during these vacation days.

Either way, I think I’d like to do some type of challenge for July – but exactly what it would entail, I’m not yet quite sure. …Hmmm.

I encourage you to come up with and execute your own monthly challenges! Experiment! See what direction it leads you. And if you’d like some structure, accountability, and support in this area, consider joining CGC. 😉 (Although, the next registration window won’t be open until around April of next year.)

Have you, dear reader, previously participated in any 30-day challenges? If so, which ones? What results did you get? I’d love to hear about it! <3

Addendum: For anyone who was curious, the challenges I had set for myself for July were to work extensively on a writing/editing project during the first half of the month, as well as ensuring I consumed some daily greens whilst traveling. Both challenges yielded great results! Woot woot!! 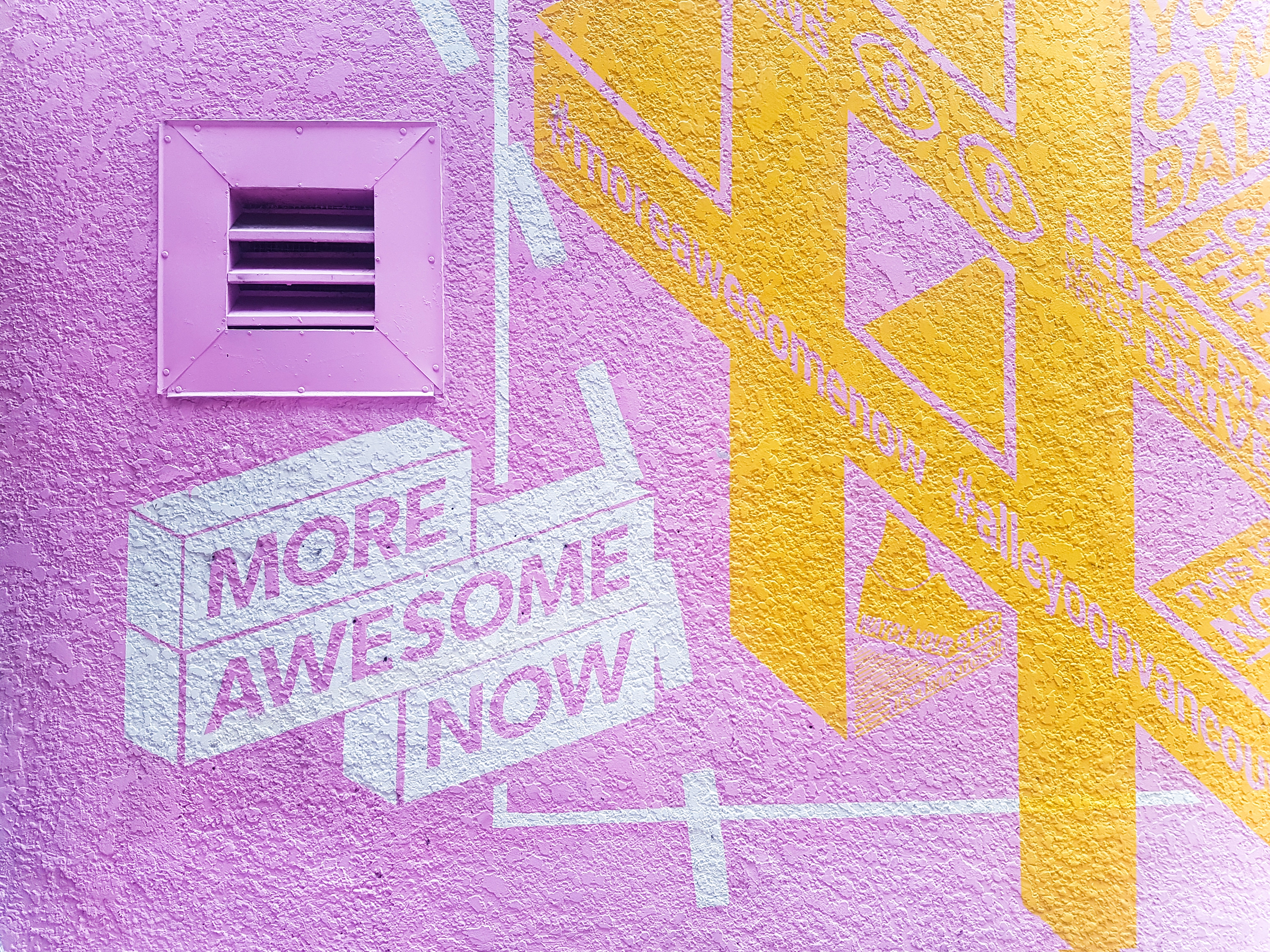 I mentioned in my last blog post that I’d loooove to post here in my blog at least once a month. It’s been about 1.5 months since that last post, so all considering that’s not too bad. But still, it’s obvious that I tend to procrastinate when it comes to writing and this blog.

Well, it just so happens that right now I’m participating in a 30-day procrastination challenge! It’s a group challenge for the member’s of our Conscious Growth Club (CGC). Participation isn’t mandatory, and those who choose to participate can define their commitment to this challenge in any way they wish.

My approach to participating in this challenge is as follows: I made a list of all the things I’ve been putting off for quite some time, or simply tend to put off in general. The items on the list are all over the place. It ranges from some basic chores that I’d like to attend to; sorting, organizing, and decluttering of all kinds; mending clothes or sewing on buttons that have fallen off; getting an eye exam, and then getting new glasses; reading (I love reading, but just tend to put it off); and of course, writing in this blog! And the list goes on. My list is pretty long. The challenge I’ve given myself is to work on something from my list each day in June. And hey, every day I’m making progress! And that’s great to see. 🙂

As of today, a couple other CGC members also kicked off a blogging challenge where the goal is to write and post a blog entry once a week. Heck, I’m thinking of combining both challenges – so if I participate in the blog challenge and write/publish a post on one day, I figure I can also count that towards the overcoming procrastination challenge too since blogging is also on my to-do list for that challenge.

One thing I love about participating in challenges is the accountability factor. This is probably a reason why I did so well in school, too – being graded on assignments, projects, and tests is a form of accountability. Having that external structure really tends to kick my ass in gear. I suppose I felt a desire to prove myself and my potential. Plus, I tend to have a little bit of a competitive streak in me, and that inspires me to keep up and excel in a challenge – and to hopefully come out on top.

When I was in middle school and high school, I won sooo many awards for highest achievement in various subjects. I was such an academic nerd and over-achiever in that area. But, without external structure, pressure, and system of accountability, I tend not to be nearly as motivated to really push myself.

The ultimate goal, I think, is to shift one’s perspective so as to be more naturally inclined or motivated to take action without that external structure and outside pressure, let alone praise and accolades. (I love praise and accolades, but I think there’s possibly a danger in that being a sole factor of motivation because then it can become the sole source of one’s sense of self-worth and self-esteem.) I believe participating in these monthly challenges will really help me (and others) to flex discipline and action muscles, as well as develop, strengthen, and maintain internal motivation and ambition. And that in turn can help to rebuild a sense of self-esteem. How awesome is that?

Last month, for May 2019, our monthly challenge in CGC was centered around fitness and exercise. I followed that one through 100%, too. In fact, I’ve participated in numerous health and fitness challenges over the past decade and a half (or so), and have been very successful in sticking to it.

One area that presents a true challenge for me, however, is that of creativity and expressing my unique truth and vision out into the world. That seems much more daunting to me. And I suppose it should– the perceived risk in putting myself out there seems oh so much higher. (But then I wonder… is it really? I guess it’s all a matter of perception.) Either way, I’m really excited about where I’ll find myself by the end of this year and beyond.

Right now I’m caught up in a semi-creative project (it involves a lot of writing, but it’s “work” and not a personal project), and I don’t think I’ll get that finished until at least September. So in the meantime, I feel like it’s unrealistic to put another creative writing project on my plate on top of what I’ve already got going work-wise. But once that mega work project is over and done with, I’m really looking forward to sinking my teeth into some deep creative work. And this time, I really think I’ll succeed.

I actually feel pretty confident in my ability to put in the effort on a deep creative project and to stick with it through til the end. I haven’t felt that sense of self-assurance in myself in a while. …It’s an exciting feeling to have!

What about you? What motivates you to kick your own ass in life? What are your hopes and dreams? What do you want to achieve? And how successful have you been in holding yourself accountable? Are you ready to create more awesome NOW?

And with that, my dear friend, I’ll you with some words for thought:

The comfort zone is a psychological state in which one feels familiar, safe, at ease, and secure.

If you always do what is easy and choose the path of least resistance, you never step outside your comfort zone. Great things don’t come from comfort zones.

― Roy T. Bennett, The Light in the Heart